An Introduction To Confinement Practices In Singapore 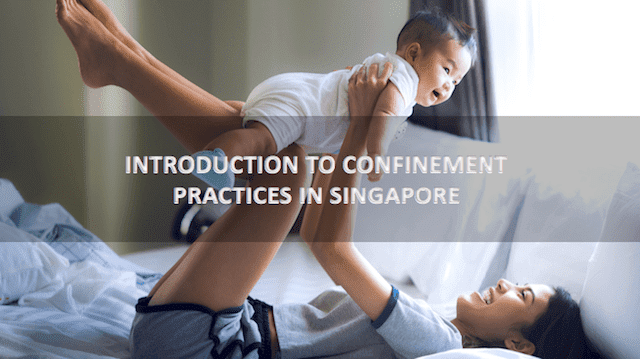 A mother’s body goes through numerous changes from pregnancy to labour and childbirth. At this time, the new mother requires a lot of rest and care to look after the baby and restore her energy to normal levels. In Singapore, a mother usually goes through a confinement period, which lasts for 30-40 days for most people or even more days if you gave birth through the caesarean section. The mother has to stay indoors, eat a special diet that will keep her body warm, and adhere to a set of rules during the confinement period. The confinement practices may vary from one country or cultural background, but most traditions are similar.

Relatives used to take care of new mothers in traditional days. However, times have changed, and people have become busier than in the past. Therefore, mothers nowadays often choose to hire a confinement nanny or engage a confinement food home delivery in Singapore to help them during the confinement period. Below are some of the practices that the new mothers should follow during confinement.

Not Taking a Bath or Washing Your Hair
A mother’s body is weak after delivery while her pores are open and the muscles slightly loose. The mother is therefore not allowed to take a bath or wash her hair after giving birth since this exposes the body to external elements that would cause diseases such as arthritis during old age. Failure to take a bath has stirred many reactions from most people who view this practice as unhygienic and uncomfortable for most mothers living in humid countries like Singapore. You may consider taking warm sponge baths with water infused with herbs like ginger and clean your hair with a gauze-like material dipped in alcohol instead of going for weeks without a shower.  Alternatively, you can take a hot bath to get rid of sweat and germs that would lead to infections or illnesses.

Taking Confinement Dishes and Soups
New mothers are allowed to take plenty of soups and healthy warming foods to help them restore lost energy, produce enough milk, and boost their immunity. Confinement diets also help in the healing and in driving “wind” out of a mother’s body. Relatives and traditional nannies can prepare healthy and nutritious meals, but you should consider engaging a confinement food home delivery in Singapore if you want to incorporate modern confinement dishes in your diet.

Most of the ingredients that you will find in your confinement dishes include sesame oil, rice wine, ginger, black pepper, and other Chinese herbs. Your caretaker will also prepare plenty of chicken, pig trotters, as well as fish and papaya soup. Drinking water during the confinement period is a taboo since it is believed to cause water retention in the body and complicate recovery. You can substitute water with other warm drinks such as red dates, milk, hot chocolate, and longan.

Restrict Movement
The houses built in the past had poor insulation allowing the winds to blow right in the house. Therefore, mothers were only supposed to stay in their rooms to avoid catching colds or other infections from the dust or germs outside their rooms. However, the times are changing now, and mothers can freely move in the house provided they are not engaging in strenuous work or other activities that expose them to pollutants.

Massages
Caretakers used mustard seed oil and other special ointments while giving massages to the new mothers. The massages helped them get back in great shape after pregnancy. Some masseuses also used hot stones, which were believed to clean the womb and remove any other impurities from the body. This practice is still popular among most new mothers in the country due to its physical and psychological benefits.

Do Not Use Air Conditioners and Fans
Air conditioners and fans during confinement are not allowed since the direct air blowing on you would eventually lead to joint pains and colds at an older age. The hot weather may be uncomfortable for most Singapore mothers today, requiring them to use extra cooling from air conditioners and fans. However, they should not place their bodies directly exposed to the cool air.

You May Also Read this : Proper Confinement Diet

A confined mother should adhere to various practices during the 30-day period. All these practices are aimed at restoring the mother’s health back to normal and keeping her warm after her child delivery. Some people have ceased practicing most of these traditions, but they are highly recommended for mothers looking to keep their bodies healthy after giving birth.