Oh no, are you worried that you are not producing enough milk for your baby? You are certainly not alone as there is a lot of mothers who are in the same boat as you. While the low milk production can be caused by various reasons, there are also a few factors you can work with which might change the results for you!

The thing is, so many mothers are concerned during the first few weeks of postpartum that they are unable to produce enough breastmilk supply for their babies, which can cause much anxiety and often discourage them to continue breastfeeding.

The is often due to unrealistic expectations of infant behaviour. Breastfeeding is crucial for human survival, and most mothers can produce up to one third more capacity than what is needed by their infants.

To recover from delivery and to have successful breastfeeding, you should consume a well-balanced diet with sufficient calories and nutrients to meet their postpartum needs. For families who are unable to cook during the period, they can engage commercial confinement food caterers such as Tian Wei Signature.

On top of a balanced diet, there are some foods that have traditionally been used to ensure a stable supply of breast milk. They are known as galactagogues and below are some of them:

Water consumption is important for lactation. You can easily get dehydrated when you are busy and distracted by your child and this can decrease your milk production.

To ensure sufficient fluid consumption, mothers should always have water bottles with them and drink up during breastfeeding. They can also go for other unsweetened beverages such as red date tea or any other lactation tea Singapore moms normally go for, but it is important to minimise consumption of sweetened drinks for weight management and avoid caffeinated beverages to prevent irritation to the baby. They should also consume more foods with high water contents, such as fruit & vegetables.

Fenugreek is one of the most common supplements consumed during lactation. It contains significant level of phytoestrogen that is long believed to result in milk boosting effects. However, more research is needed to understand about its therapeutic effects and mechanism.

It is generally classified as safe to consume during lactation, but it is recommended to talk with a doctor before using herbal supplements especially for patients with heart disease or nut and legume allergies. Fenugreek should also be avoided during pregnancy as it may cause uterine contractions.

Barley is the world’s fourth most important cereal crop. It is a great source of dietary fibre component of beta-glucan, which has been shown to increase the levels of the breastfeeding hormones prolactin.

Barley is also the highest in dietary fibre among all whole grains (common varieties about 17%), which helps in weight management. Wholegrain barley is also high in antioxidants, vitamins and minerals which make it a nutritious food ingredient. Barley has also been shown in scientific studies to reduce the risk of diseases by reducing blood cholesterol, controlling blood sugar and improve the function of the immune system. Having barley during breastfeeding is great not only for you but also your little one!

Similar to barley, oats have a high concentration of beta glucan present. Unique compared to other common grains, the bran and germ of oats are not removed during processing thus all oats products in the market are whole grain.

Oats is commonly consumed at breakfast and is famous for its lactogenic properties, and it is also the main ingredient of lactation cookies. Other wholegrains that are high in beta glucan includes whole what and brown rice.

However, the super bitter taste of brewer’s yeast can readily enter breast milk that may cause fussiness in some infants. Beer and other alcoholic drinks should also be avoided for breastfeeding mothers, as research has shown that alcohol consumption can inhibit milk production despite been traditionally promoted for breastfeeding.

Asparagus is a commonly consumed plant, and it newly formed shoots, roots and rhizomes (underground stems) have been used to make medicine. It has been mentioned in ancient Ayurvedic textbooks for its lactogenic properties. A clinical trial has demonstrated the phytoestrogenic properties with increased prolactin levels in women with oral administration of root powder.

Milk Thistle is a flowering herb related to daisy and ragweed family. Human and animal studies showed promising lactogenic properties. They are generally well tolerated, but there are also some concerns of gastrointestinal disturbances and allergic reactions on consumption.

Anise is also viewed as a galactagogue, as it contains pharmaceutical compounds with strong estrogenic activity. It has been shown to increase milk production in animal studies.

Inclusion of common herb garlic in the mother’s diet can change the taste of breast milk. This has shown to encourage some babies to suckle more, which promotes milk production. 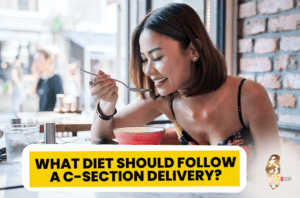 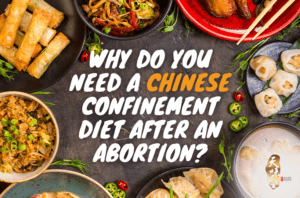 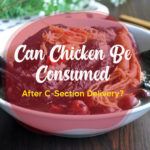 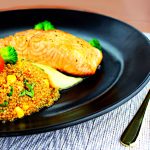