Why pig trotters during confinement ? 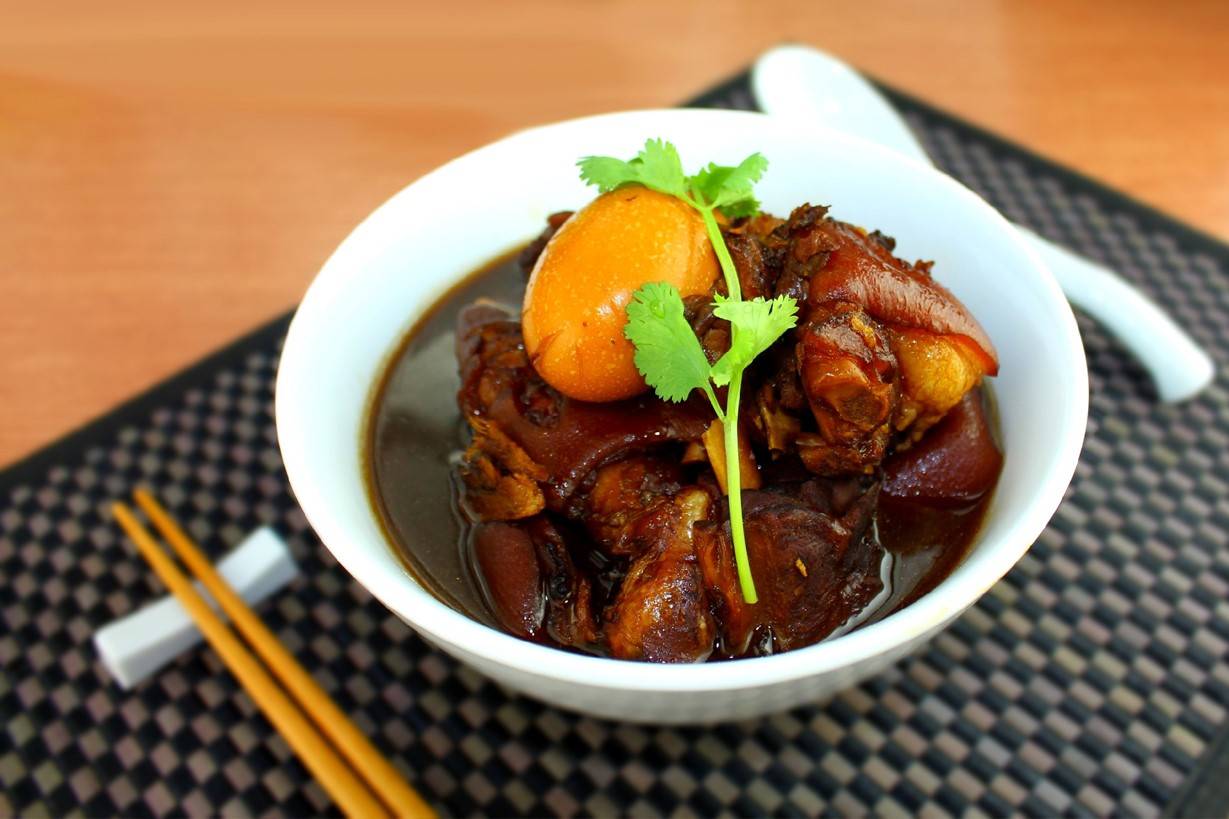 Pork Trotters can be commonly found in confinement meals planned by midwives. It is known to be a traditional healing food of confinement by the Cantonese. The reason for this is due to the high benefits that it provides. Pork trotters are believed to be a recommended confinement food as it aids mothers in their milk lactation. In Chinese tradition, confinement mothers often are served with pork trotter vinegar. It is believed to be warming, restorative and strengthening for their body. It is important and beneficial for confinement mothers to consume pork trotter vinegar in order to help them to enhances their energy, also known as “qi. Thus, it has also been said that pork trotters purify the blood as well as clear the arteries.

Post Natal mothers can find their hair falling more than usual after birth, therefore, many confinement meals have been known to have high nutritional values to help new mothers with problems that might occur after giving birth. Pork trotters can aid these problems when consumed in moderation and slowly strengthened hair follicles and hair structure.

The main benefit of this dish is that it is rich in collagen and its protein that promotes elasticity and firms the skin. This has been a widely popular dish especially for the “Beauty Addicts”. Collagen retains the moisture in our body, which in result will generate glowing skin and healthier hair growth. In our confinement meals, we serve pork trotter vinegar frequently in order to help mothers to recover and recuperate smoothly. Learn more about our Traditional Confinement Menu

Many new mothers tend to have stretch marks on their tummy area, thighs, breast and also arms. Some more severe than others, however, pork trotters often told by midwives that pork trotters can help due to it high collagen values.

In the olden days, folks believe that if women in their 30’s begin to eat this dish regularly, it will influence younger looking skin during their 40’s.Pig trotters have the effect of purging the wind from new mother’s bodies and replenish the body with much needed iron and calcium. Learn more why do confinement mothers need more Iron and Calcium